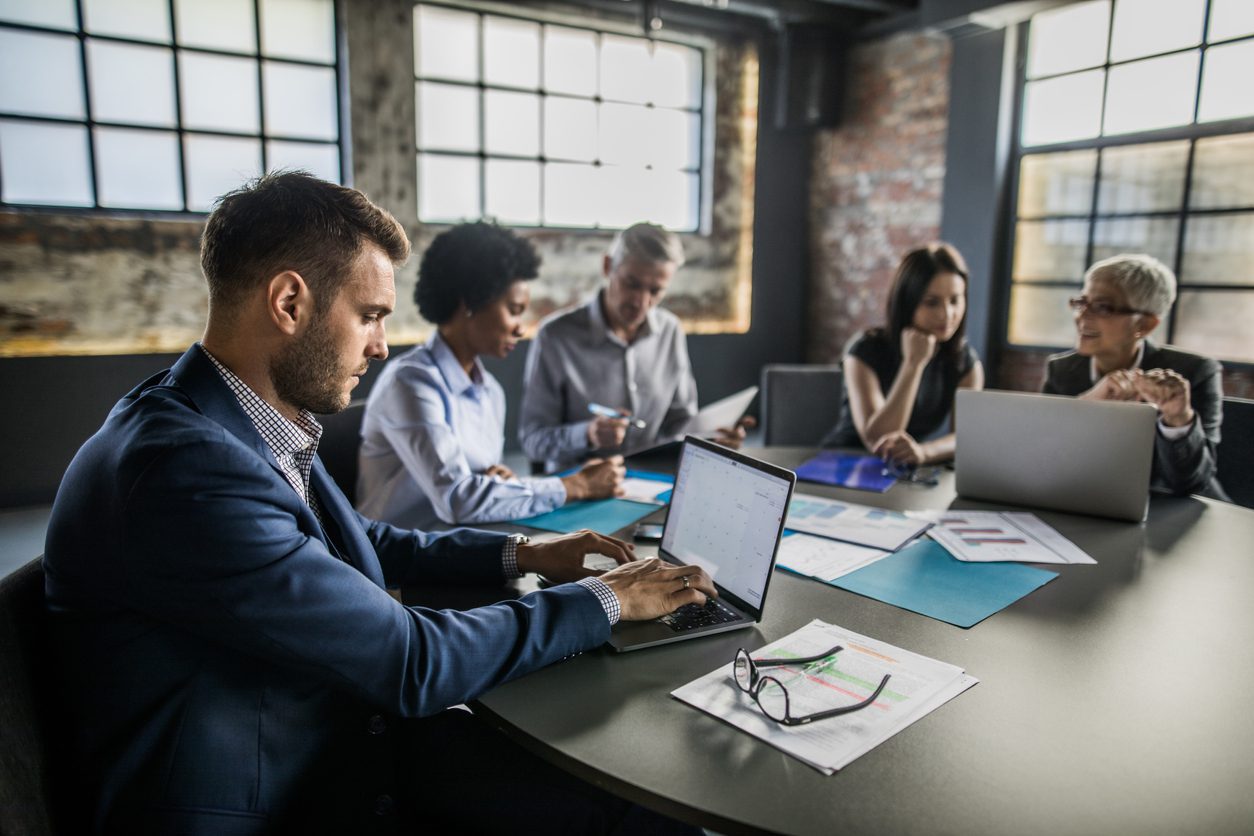 Creating an M&A Roadmap for IT Leadership

Mergers and acquisitions are pursued with good intentions. They can bring increased profits, strengthen business objectives, and allow jeopardized innovations to be brought to market. However, they are challenging without the right M&A roadmap. Combining company cultures, workforces, and visions, whether disparate or similar, is no easy task. And then there are the business processes and systems that must be amalgamated. In other words, the potential for losses and failure is very real.

To avoid roadblocks and hurdles, each department must flesh out their role in the overall M&A roadmap, concentrating on the particulars of how to successfully merge their activities. For no department is this more true than IT. The following dives into how CIOs and CTOs can develop a strong M&A roadmap for this complicated transition.

The Challenges of M&A

The pitfalls and obstacles that come with pursuing an M&A are not just rumors or stories. They have been measured and quantified. In more than two-thirds of M&A transactions, agreed upon and announced collaborations fall through. And nearly two-thirds of M&As are unable to reach their business objectives by the stated deadline.

The most significant contributor to these problems is IT. This aspect of any M&A is the most significant synergy driver and usually the biggest transactional cost. By addressing this challenge head-on and zoning in on the causes behind IT’s struggles during the M&A process, the CIO and other C-suite executives can reduce hurdles and create a clear path forward.

The Causes of M&A Failure

The main reason for M&A failure is that leadership is unable to harness the power of best practices, either because they are unaware of them or they believe that shortcuts will provide just as good of an outcome.

These best practices are especially vital for CIOs and CTOs who are guiding the collaboration between IT departments, particularly with the post-merger information technology systems integration. When leadership inadequately plans or ineffectively implements a strategy, integrating and carving out systems will likely be unsuccessful.

This failure to plan and execute a strategy that is backed by best practices is rarely due to incompetence or poor leadership. Instead, the new responsibilities that are created with an M&A deal simply push divestiture planning and systems integration to the backburner. On top of this, the deal as a whole, including strategy and desired results, is guided by business development strategists and leaders. CIOs and CTOs are too seldom brought into the conversation—when they are, it is further into the planning when it is too late to prevent post-deal problems.

These post-deal IT issues are often surprises that business development experts are not as prepared to predict and prepare for as IT professionals. These surprises can range from problems with internal systems, such as payroll lead, HR, email, and voicemail, to hiccups in ending transition service agreements.

In addition to this, most IT and business leaders do not have experience with M&As. Their lack of exposure can increase the risk in this already high-stakes transaction. A wrong move can lead to public backlash that includes anything from litigation to stock price fluctuations.

However, while there are plenty of ways M&As can go wrong, they do not have to. Because it is the planning and execution of post-merger system carve-outs and integrations that often lead to the issues, when CIOs and CTOs work alongside other executives, the information technology aspects of M&As can be appropriately prepared for. This includes identifying the IT aspects of the deal, what the role of IT looks like during the integration process, and how the IT strategy can be aligned with the overall business strategy.

Actionable Steps for IT M&A Success 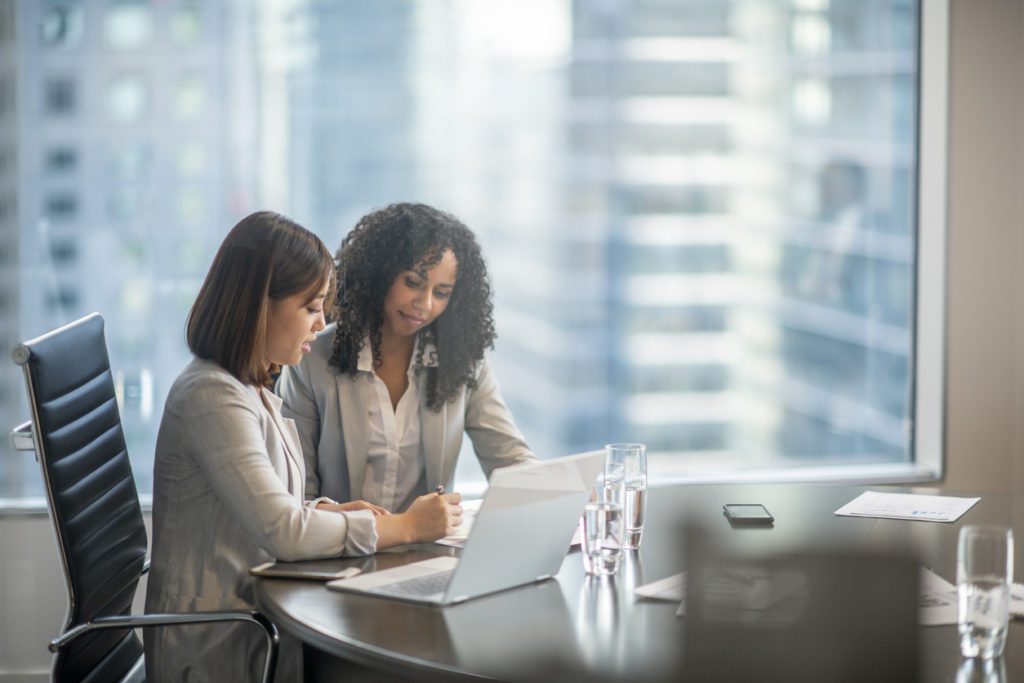 Two businesswomen are indoors in an office board room discussing M&A.

While many tech professionals and leaders have never experienced an M&A before, there are plenty of CIOs and CTOs who have been through the process multiple times, seeing both successful and unsuccessful results. It is through these individuals and their approaches to M&As that a strong IT M&A roadmap has been developed. The following dives into the sequential steps that every IT executive should take as they work their way through a merger, acquisition, or divestiture.

1. Understand the Details of the Deal

For the vast majority of a workforce, an M&A is almost always a surprise. And even though the C-Suite will know the details in advance, many M&As are brought on so quickly that it can be difficult to prepare. These factors often create chaos and stress, which is why IT leaders need to step in and be a calming force.

To accomplish this, CIOs and CTOs need to know all of the logistical answers and the benefits that the transaction will create. They should be able to provide the who, what, when, where, why, and how without hesitation. All employees in the IT department will have worries and concerns. Through good communication, IT leaders can address all of these and replace them with excitement and anticipation.

Most M&A roadmap timelines are demanding. They require departments to be integrated quickly and efficiently. This type of streamlining necessitates planning. However, the IT department, as well as other departments, needs to tread cautiously. There are a number of laws and regulations surrounding the communication of systems between two merging companies.

Leadership should fully understand the rules and waiting periods before they can begin collaborating with their new partner. This takes a perfect balance between urgency and knowledgeable restraint.

As previously stated, IT leadership needs to know the ‘when’ of the M&A roadmap. One of the most important ‘whens’ to know is Day One. This day is the day that the two companies officially merge or become a single company.

The IT department should design their roadmap around this day. Every action that they take should lead up to it and help support its success. The day itself is often a whirlwind that mainly revolves around creating a singular organizational culture—and IT is very much a part of this. The department will be responsible for ensuring that new email addresses and the company intranets are ready to be deployed, among other information technology responsibilities.

IT leadership must advocate for a place at the table in M&A discussions. They can do this by explaining the potential pitfalls of not properly planning for the integration of IT systems and processes.

When IT is represented in M&A discussions they should have a full outline of issues that need to be addressed and planned for. This includes the specifics of back-office platform consolidation and IT expectations for Day One. Not only should questions be answered in broad terms, but also in specifics (i.e. the exact SMTP address that will be publicly available, the type of ERP that will be used, etc).

The end goal of IT leadership should be to consolidate by developing synergies and streamlining all processes. IT’s M&A roadmap and all of the tasks it contains should revolve around meeting this goal. And this roadmap can be designed as soon as all questions are fully answered.

While there is no shortage of changes and adjustments that IT leaders and their team will need to make during the lead-up to the M&A, the first priority must be on foundational IT platforms. These platforms have to be consolidated. This includes user accounts and devices, but extends to domains, workstations, servers, and any collaboration platforms. The workforce must be able to have immediate access to their accounts and devices on Day One and all identities and devices must be consolidated onto a single platform by this time—it is the only way to free up communication barriers and it is one of the first signs that the company is unified.

Throughout all of this, IT leaders must also ensure that security measures are taken into consideration. CIOs and CTOs need to ensure that network security perimeters are built in a way that not only protects the network but also helps to integrate the businesses. Virtual desktop infrastructure can be a helpful tool that encourages collaboration early on, while not stretching the legal boundaries. Finally, CIOs and CTOs should look at expanding the IT Help Desk to assist with any employee issues—at least the first few months after the merger is complete.

6. Partner With IT M&A Experts

Mergers and acquisitions for information technology are complex. They require in-depth expertise not only in IT but also the inner workings of M&As. For this reason, CTOs and CIOs should consider partnering with experts on M&A for IT. A managed service provider can help alleviate dangers from loss of tribal knowledge during restructuring and can add value during the process due to neutrality and unbiased insight. Agile IT has migrated over 1 million accounts through mergers, acquisitions, and divestitures in the health, finance, manufacturing, retail, and service industries. Schedule a free 30-minute consultation to start building your M&A roadmap.

These steps can occasionally happen out of order and some of them may even happen before an M&A announcement is even made. Additionally, each step is brief and they come in rapid succession. When IT leaders fully understand the steps, though, and what they can expect during each phase, they can prepare both themselves and their department, allowing them to make a contribution towards the M&A’s success.