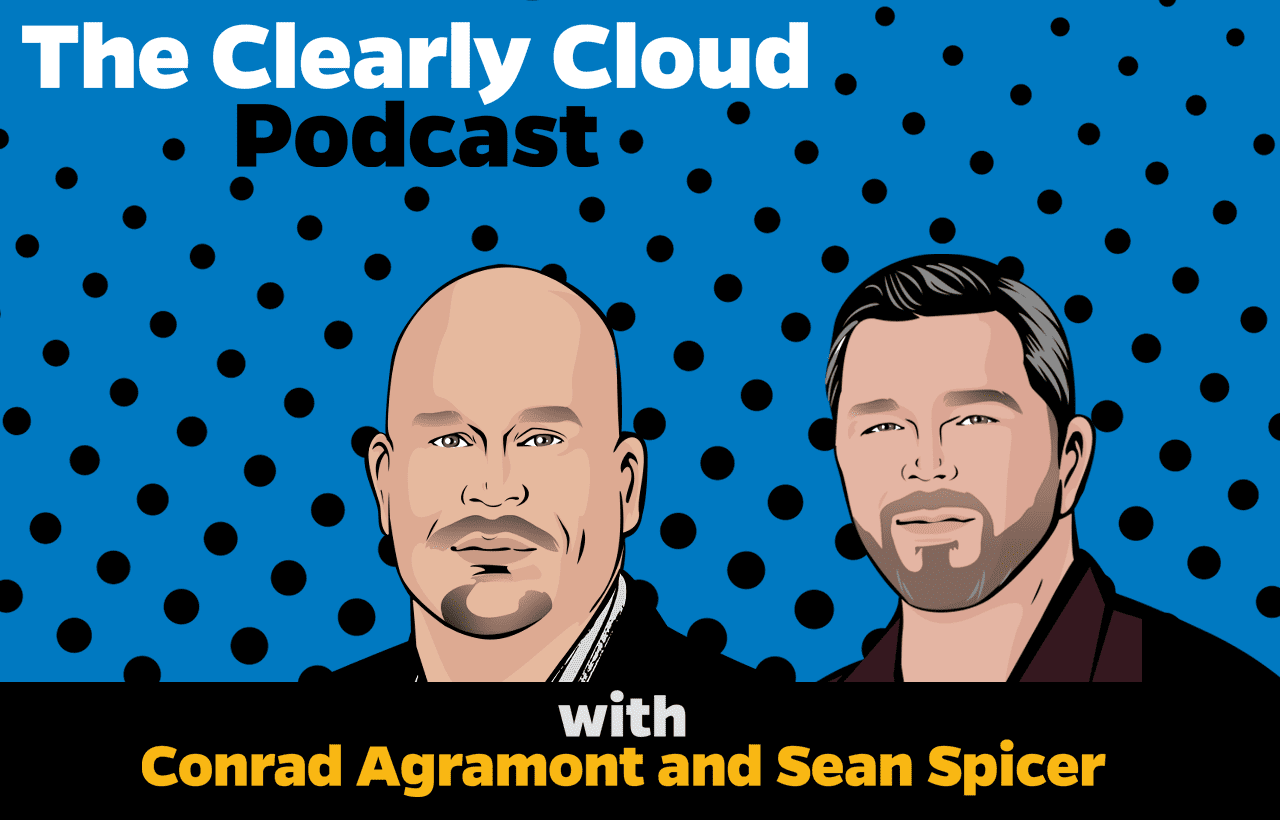 For the inaugural episode of our new show, “The Clearly Cloud Podcast”, we had the pleasure of sitting down with Microsoft’s Director of External Communications, David Pryor. What followed was nearly forty minutes of in-depth discussion about privacy, security, and tech advocacy. Over the course of the interview, David touched upon his work with both Microsoft and the VFI, customer privacy and security concerns on the global scale, including the CLOUD Act, and every point in between.

Who Is David Pryor?

David was born into a political family. Advocacy is in his blood. His father was in the House of Representatives, the Senate, and was the governor of Arkansas. His brother served as the Arkansas attorney general and eventually took his father’s seat in the senate. Although David initially followed a different path, it eventually led him to Washington nonetheless. But he’s is not a lawyer or a policy analyst, just an impassioned advocate.

David paid his dues with more than a decade at Microsoft where he eventually became the Director of External Communications. His position involved directly lobbying for Microsoft’s interests and keeping his finger on the pulse of the Senate. After years of experience as a lobbyist, David transferred his passion for technological advocacy to managing VFI.

VFI, which stands for “Voices For Innovation”, is a Microsoft-backed advocacy group that seeks to harness the passion and dedication of everyday citizens like you and me in order to affect political change.

VFI’s goal is to help average citizens stay involved with the laws surrounding emergent technology. Membership in VFI is simple and free. There are no membership fees. All you have to do is provide your email address on the group’s website, Vociesforinnovation.org. After that, your level of engagement is up to you. VFI provides the tools as long as you provide the passion.

VFI started approximately 15 years ago. As David said in the interview, “We (Microsoft) were getting our butts kicked by the Department of Justice.” A set of antiquated regulations out of sync with technological progress were driving regulation and policy setting at the time. These regulations had a real-world effect, shaping the technology ecosystem as it developed. VFI was created so that Microsoft could have a public advocacy partner, but it was important that the partner not be made up of C-suite executives and industry insiders. It had to involve people from all walks of life, especially those with presence in local government and local chambers of commerce. Real people with a passion for technological progress.

With your membership, you receive weekly reports on important tech topics in the US and worldwide. The list includes policy-level subjects poised to make a real and lasting impact on the landscape of American IT, issues like AI, facial recognition, and most importantly, cybersecurity.

“The cloud is the world’s filing cabinet,” said David. It’s accelerated everything we do as a culture. In his estimation, the cloud is the modern-day equivalent of the printing press, and rightfully so. This means that it wasn’t long before the government came in and began to impose regulations.

There’s an interesting story behind the CLOUD Act. It was born out of US law enforcement’s dealing with Microsoft’s overseas offices. A few years ago, Microsoft got served a warrant at their field office in Ireland. At the time, data was subject to the antiquated Electronic Communications Privacy Act which was 30 years old.

While it’s Microsoft’s policy to be respectful and responsive to legal issues like warrants, sometimes there is an overreach and erosion of privacy due to those old laws. The warrant in question was for an Irish national. Naturally, Microsoft contested the warrant given that the subject was not an American citizen. Of course, the issue wound up in court.

“As a countermeasure to the court proceedings, we started a legislative process concurrently in both the House and the Senate,” said David. “Sometimes you have to fight legal cases like this on two fronts.”

The court case went all the way to the Supreme Court. In the meantime, Microsoft began pushing the CLOUD Act which included safeguards for clients’ privacy regarding cloud-based data. David told us a story about him and Brad Smith, President and former chief counsel of Microsoft, sitting down to breakfast with senate minority leader Chuck Schumer the morning the Supreme Court case began. “Acts of advocacy require 24/7 work. You can’t let your guard down,” he explained. At that moment, he and Smith laid the groundwork for the CLOUD Act to Schumer. As a result, by the time the Supreme Court was ready to render a decision, the case was moot as the CLOUD Act had passed both houses of Congress.

Thus, the CLOUD Act was born. It was a law that installed a legal process in order for law enforcement to access cloud-based data. “We try and anticipate the industry, then turn the battleship and align with where the world is likely to go,” said David with a shrug. That’s the power of advocacy, and when that advocacy comes from everyday people, it puts complex issues like data security into relatable terms that lawmakers can easily understand but can’t easily ignore.

“The US economy thrives on tech,” David explained. “But at the end of the day, there is growing concern both domestic and abroad about tech companies abusing their powers. Think Cambridge Analytica selling your data. The Washington Post recently ran a story saying, “Big tech is latest to face congress’s glare,” he continued. “The tech industry cannot put its head in the sand. It cannot trust that its business model is sound. The C-suite needs to step up and stay smart. They need to stay engaged.” That’s the essence of technolash, or backlash against technological progress and its border social implications.

That’s another point of effectiveness for VFI; making sure that average citizens stay engaged and informed in order to reduce the backlash, and by extension, the restrictive policy setting that accompanies technological progress.

David concluded the interview on a high note. “How do you begin building community engagement? We want VFI advocates to take their passion and combine it with the training we give in order to focus your engagement and polish your skills as an advocate. VFI gives everyone the tools to lean into advocacy on a local level in order to find their voice. We urge you to get educated and engaged to affect real change on the federal level. It doesn’t get better unless you act.”