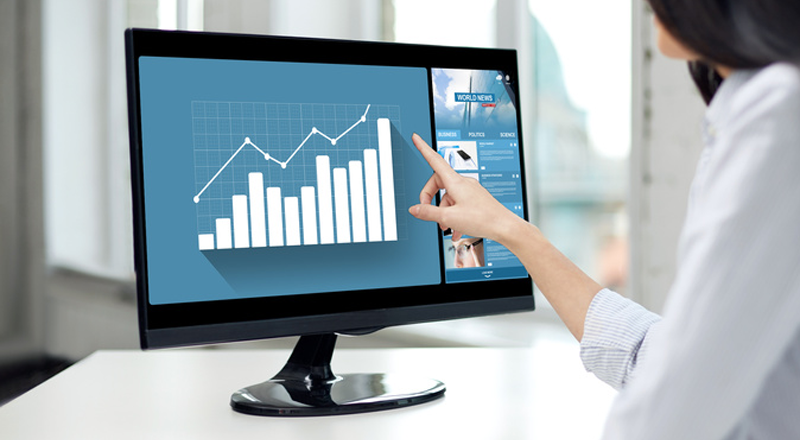 If you use desktop apps for Office 2013/2016 with a touchscreen laptop or a tablet, you’ll want to fully utilize the touchscreen. There are methods you can use to make these apps easier to use with touchscreens. Touchscreens are designed to improve efficiency, so you don’t want to be limited in using them.

Microsoft is always developing new ways to make their products more accessible and functional to every user and this feature is a result of those efforts. Windows 10 has made several improvements over Windows 8, although the traditional desktop version is still available for those who wish to use it due to familiarity. The following explains how to enable touch screen capability within the most frequently used Office programs.

Within Word, PowerPoint, or Excel click on the “Customize Quick Access Toolbar” dropdown arrow in the upper left hand side. This option enables you to select which options are displayed. The Touch/Mouse Mode should be selected for an icon to appear if not there already.

Click on the icon to select between the Mouse and Touch mode. The Touch mode will increase the space between the text and icons in the ribbon bar and menu. The same options are there, though some may be pushed behind submenus. With this feature on you are less likely to touch the wrong setting while navigating the screen. Once you make these setting changes in one program it will continue to carry over into the other Office apps on the device.

Do more with your fingers

Now that you have these settings enabled you can get more “in touch” with Office. This feature is easy to turn on and off at any time and is useful for several projects.  For those who are more accustomed to touch-screen technology, having this feature enabled will allow you to use Office more efficiently for school work, office work, and everything in between.

Drop downs, cell selections, highlighting, and drop down menus may make your work go faster and easier if you can just touch any area you want to and start typing. As more laptops have touch screens it is only a matter of time before they all come with touch screens.

While these settings make menus and icons appear larger, it is only a matter of time before Microsoft makes minor tweaks and modifications to their “touch enabled” applications. At this point we can only speculate what changes are coming however; Microsoft began enabling touch screen capability to their products since 2012. Microsoft had to overcome the challenges of designing applications to respond to touch rather than a mouse. The only time menus and other attributes appear larger is when the touch mode is enabled.

When touch mode is enabled, the ribbon is minimized and the onscreen keyboard offers a fuller view of a document. This capability gives users more room to work on the screen. Drag and drop through touch mode is simple with the ease of use of the selection handles displayed when an item is selected for copying or moving.

When Microsoft initially planned to introduce touch to Office they knew it would change how people used applications in the future. With the evolution of hardware and greater screen sensitivity to touch, it was time to begin developing apps to take advantage of touch technology.

Touch technology gives users another way to use Office. Users can use Office as a touch-only interface or hybrid interface of selecting menus and drop downs while still using a hardware keyboard. Microsoft believed users would still use Office in the traditional sense which is why this feature is optional and can be turned on and off at any given time.

When developing this capability for Office, Microsoft developers studied the various tasks users were comfortable performing with a mouse and keyboard versus touch screen. A physical keyboard may be better for a large amount of typing however; for tasks which require minimal typing, a user may find it easier to use the on-screen keyboard and utilize the touch screen to its fullest extent. A mouse may be better for precision selecting of on-screen items, however, touch may be better for larger strokes on the screen. Either way, users now have the option of utilizing this capability and it is completely up to them to turn it on at any time.

Interested in learning more? Need help getting your users onto Office 2016? Agile IT is here to help – contact us today!