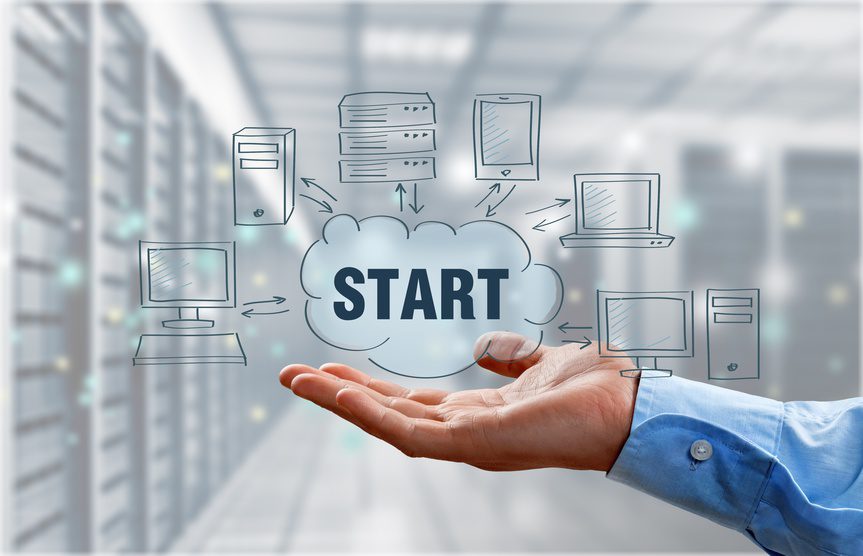 C.W. Driver is a leading California-based general contractor serving the education, healthcare, retail, industrial and civic sectors since 1919. After investing in Office 365, C.W. Driver’s IT team realized it needed a cloud expert to propel the company’s cloud computing strategy and long-term vision.

After an initial foray into the cloud with Office 365 for email, C.W. Driver was left with a huge area of vulnerability. It had no offsite disaster recovery for its main enterprise resource program – which staff uses to manage company financials and construction projects. That meant if a call location went down, there would be no way to continue business during any extended outage.

Resolving network and hardware issues, updating and patching systems and troubleshooting support problems for 400+ users was also eating up valuable IT resources.

The in-house IT team needed a solution to secure critical company data while eliminating the burden of ongoing maintenance.

The team considered various scenarios such as replicating the server data to another regional office to gain an additional offsite copy. But that required expensive hardware and other ongoing infrastructure costs, IT Director Blaine Crawford said. Because the company had already invested in Office 365 and wanted to see through its cloud computing strategy, moving more data to the cloud just made sense.

Filling the IT Void With Azure Disaster Recovery

However, the in-house IT team didn’t have the knowledge base to complete a large-scale Azure migration, configure the necessary backup and restore processes and confidently execute its cloud computing strategy.  They needed a third-party cloud consultant and Azure specialist to ensure their data was backed up and could be properly restored in the event of an outage.

After some initial research, Blaine reached out to Agile IT to discuss the company’s project goals.

“Agile IT is well-founded in cloud computing and cloud engineering, so I was confident to move forward with the project,” Blaine explained.

• Transform IT infrastructure into a secure environment with minimal overhead
• Safeguard data against loss or damage
• Backup data and be confident it can be restored
• Eliminate the burden of maintaining operating systems and anti-malware
• Gain 24/7 access to an enterprise-class helpdesk
• Virtualize servers in a cloud environment
• Save money with low setup, operation, management and overhead costs

Migrating to Azure Amid a Growing Project Scope

As part of its cloud-first strategy, C.W. Driver already had an Office 365 foundation in place. Setting up an Azure core along with Windows Directory components was the next phase of the project.

As the project progressed, Agile IT helped Blaine and Matt uncover new ways to utilize Azure. For instance, midway through the disaster recovery project, they expanded the project scope to make Azure part of C.W. Driver’s production environment.

As the project scope widened, the team ran into a few unexpected snags. Agile IT walked Blaine and Matt through the following scenarios:

Matt had planned to install NetScalers into Azure to improve application speed and mimic the on-premises environment. But because Azure doesn’t allow multiple IP addresses for each virtual device, the schematics of C.W. Driver’s on-premises design wouldn’t play out in Azure.

However, Dan — the team’s dedicated Agile IT Cloud Technician — found an alternate route that bypassed the need for NetScalers altogether. Without having to purchase and transfer the NetScalers to Azure, C.W. Driver wound up saving time while ensuring critical business applications run efficiently and are highly available.

• Eliminate the Need for Load Balancers

Initially, the C.W. Driver team also planned to use a KEMP load balancer device to spread application traffic among multiple servers and increase capacity and reliability. But this approach required more costly infrastructure, so Dan helped the team find a better alternative.

“Dan steered us in a direction where we didn’t need the load balancer, which was a cost savings and simplified our overall environment, which I was very happy about,” Matt said.

During the Azure migration, the team also ran into a routing issue. They wanted to maintain the existing bandwidth in the Rancho Cucamonga data center and bought new Cisco routers to do so. However, Dan shepherded them around the routing schematic and design of their data center, which turned out to be very well thought-out, Matt said.

During the migration, Matt also discovered that Azure limits the disk size you can move to 1 terabyte. But C.W. Driver had much larger disks. After troubleshooting and a failed initial replication using Azure Site Recovery services, Dan helped them shrink the disks and get everything migrated properly.

“Dan was very easy to get a hold of and communicate with; we never had a critical issue where he wasn’t available,” Matt said. “He worked around business hours to get everything taken care of.”

With company data in the Azure cloud and disaster recovery in place, the IT team no longer has to spend time updating costly infrastructure or wonder whether critical data will successfully restore during an outage. With ongoing managed cloud IT support from Agile IT, they can now focus on projects that will grow the bottom line while trusting Agile IT to expertly advise on its cloud computing strategy.

“Having ad-hoc Agile IT support hours will be helpful moving forward,” Blaine said. “It’s nice to know I can lean on Agile IT and know I won’t be ignored.”